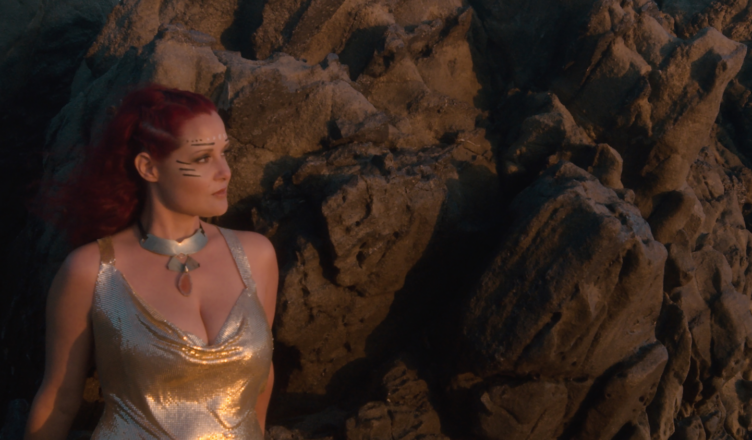 Opāru confides, “Gold is the hope in us all for a better place, the internal drive of our heart, taking the listener on a journey through the various stages of becoming clear on their journey to their path to greatness. Each song represents a different part of the journey. Gold is the final destination.”

Opāru has found success writing music for TV and film and has received acclaim from the likes of The Huffington Post and Earmilk among others. Thanks for your consideration,

Originally from Albuquerque, New Mexico, St. Hilaire started to write and perform music at a very young age in choir and musicals. Self-taught, her first instrument was the piano and she worked tirelessly at the craft of reading and writing music. When St. Hilaire was in her late teens she began performing with punk bands and for producers as a backup/ studio vocalist in New Mexico, where she took on her first musical alias, the highly successful group Versailles. Partnering with the infamous Kim Fowley (The Runaways, Kiss, Joan Jett, Alice Cooper), she has toured the US extensively, been featured on the official Grammy ballots, as well as charting on Billboard. Versailles’s music was also on rotation with popular stations across the U.S. including KROQ and NPR tastemaker KCRW.